There’s a massive chimney that dominates the skyline down at Riverside.  It’s in amongst a cluster of Victorian buildings that make up the Museum of Technology and I’ve walked past it dozens of times but never really knew what it was all about.  When I heard that there’s going to be a pop up Riverside Tea Garden there this summer, I decided to find out more and met with Assistant Curator, Morgan Bell.

Built in 1894, the 53 metre tall chimney is part of a Victorian sewage pumping station which is now the Museum.  Here they burned the city’s household rubbish to create steam to fuel engines that pumped the city’s sewage out to a treatment plant in Milton.  Prior to this, sewage had discharged into the River Cam, causing cholera outbreaks so this wonderful Victorian engineering transformed public health in Cambridge.  The pumping station was decommissioned in 1968, at which point a group of local campaigners saved it from demolition and turned the buildings into a museum. 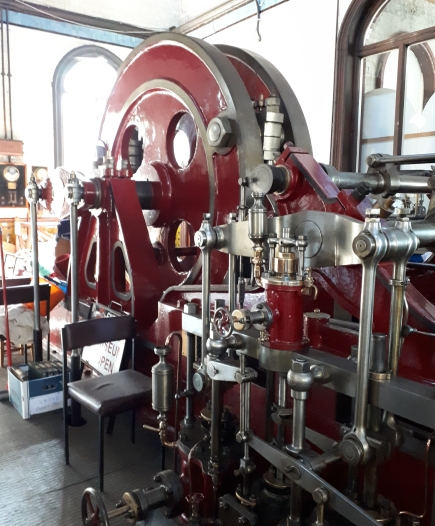 Owned independently and funded by admission fees and donations, the Museum houses the last Hathorn Davey pumping engines in the world that still work.  It has also built up a collection of telecoms equipment, televisions and radios from Pye and historic scientific instruments from Cambridge Instrument Company.

The Museum is currently closed as there’s a major redevelopment under way, thanks to money from the Heritage Lottery Fund.  Restoration of the old buildings is complicated and painstaking as they are a Scheduled Ancient Monument and permission is needed even to paint in there!  There are plans for a new building to house exhibition and learning space plus a cafe building with views over the river.  The boiler is being repaired so it can once again supply steam to run the pumping engines and they’re hoping to be open by mid 2019. 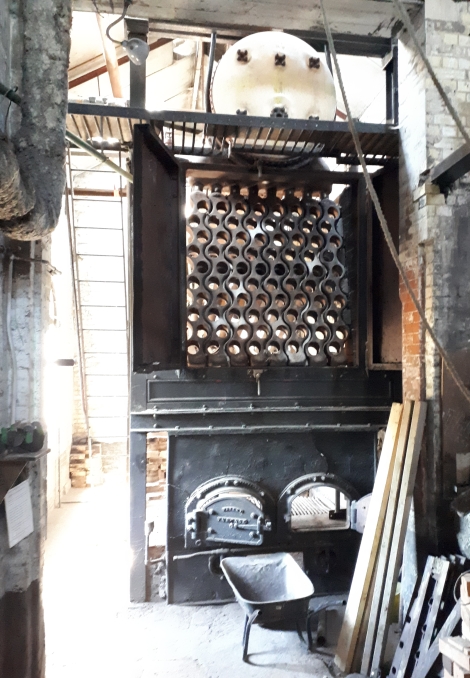 This redevelopment is about preserving heritage of course but it’s also about inspiring a generation of future engineers and innovators.  Jinx St. Leger, the Education Officer, tells me about the outreach programme with primary and secondary schools, encouraging students to look at STEM subjects in a new light.  “It’s teaching engineering by stealth,” she smiles.  “We make stomp rockets, create origami, make print blocks and masks and use a morse code machine to send and decode messages.”  Jinx will be running four craft based and four engineering based events over the summer at the Museum of Cambridge (check out http://www.museumofcambridge.org.uk/events for more details).

Now back to the tea and cake … on Sunday afternoons between 15 July and 5 August, you’ll be able to enjoy drinks and cream teas at the Riverside Tea Garden in idyllic surroundings on the Museum’s lawn overlooking the river.  There’ll be stalls selling treasures, crafts, books, clothes, baked goods and produce.  And I’ve booked my ticket for The Floating Museum, a boat trip happening on various dates through the summer, during which you’ll discover more about the city’s industrial heritage along the river.  All profits from these ventures go back to the Museum to help fund the restoration.  Full details, plus a booking facility for The Floating Museum, are on the website.

2 thoughts on “Riverside Tea Garden at Cambridge Museum of Technology”