Theresa Feetenby is a woman on a mission.  In fact, I don’t know when she sleeps!  Originally from Birmingham, this Cambridge mum of two works full time at Addenbrookes Hospital, is a Beaver Scout leader and volunteers with Cambridge 105 Radio.  And now she’s masterminding a new scheme in Cambridge … Pay It Forward Vouchers. 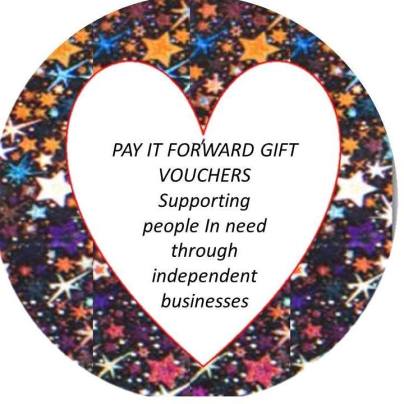 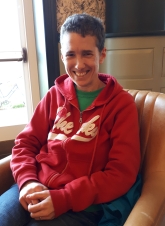 Theresa feels compelled to find a way to help the the city’s homeless and people in need.  Like many, over the years she had given money to those begging on the streets before switching to buying food for them.  She knew of the suspended coffee scheme where people can leave money for a person in need to get a hot drink but she wanted to go beyond that and contacted Cambridge cafes to see what might work.  Theresa also particularly likes the concept of people paying forward kindness to others through this scheme.

It’s early days but at the time of writing, five cafes and two stalls in Cambridge Market have joined the project.  Early adopters include Black Cat Cafe on Mill Road, La Latina Bustaurante and Kingwraps Foodstall.  Theresa gives each business personalised vouchers and posters and publicises their involvement on social media.

You can then buy a voucher from the cafe or stall and either leave it there for distribution by a volunteer or take it to give directly to someone in need.  There’s advice about getting off the street printed on the back of each voucher although these vouchers are not only for the homeless.  As Theresa comments, there are many people in the city who are in need and/or vulnerably housed who can benefit from the scheme.

Several Cambridge organisations have already got behind Pay It Forward including Streetaid, who have sponsored voucher printing, Wintercomfort, Romsey Mill and Cambridge Homeless Outreach Project.  Theresa is keen to get more cafes and volunteers on board and to grow the scheme so that vouchers can be exchanged for toiletries and sanitary products.  She’s making a website, would like to create an App and hopes to sell vouchers online.

Things are moving quickly for Pay It Forward Vouchers so if you’d like to get involved and spread some kindness around this city of ours, keep an eye on their social media for the latest news and developments.